Important Facts About Gum Disease You Should Know 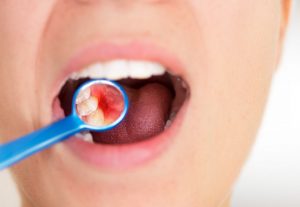 Despite the fact that oral health problems like gum disease and tooth decay are common, the truth is that they don’t often lead to severe consequences for most people. The caveat, however, is that most people address the problem before it’s allowed to become severe. For people who don’t, the consequences of a chronic oral health condition can be much more severe than they realize. That can be especially true for gum disease, which impacts the health and integrity of your smile’s entire foundation.

It starts before you know it

Gum disease doesn’t announce itself proudly when it first develops. In fact, the lack of any fanfare, or noticeable symptoms, is one of the reasons why it’s allowed to develop in the first place. Gingivitis, the first stage of gum disease, develops when oral bacteria overwhelm your gum tissues, but they don’t begin to cause real damage until they work their way underneath the tissues. Even when you believe you’re effectively cleaning your teeth and gum line, these bacteria will remain out of reach. Until your dentist cleans them away, they may have the chance to infect your gums, which leads to gingivitis and the gradual progression of gum disease.

Why every symptom is a serious one

When gingivitis first develops, it does cause some symptoms to develop that you can notice if you’re diligent. For example, the presence of the oral bacteria underneath your gums can cause some of the tissue to become red and irritated. Inflammation, or chronic swelling, is also a common sign, as well as one of the most destructive aspects of gum disease. Many people may notice the early signs of gingivitis, but due the lack of discomfort, they may underestimate how serious they can be.

The severe consequences it can lead to

The symptoms of gum disease that seem minor at first are actually signs of the destruction that gum disease can lead to when it progresses. For example, the slight swelling in your gums occurs because of the presence of certain oral bacteria that manipulate your immune system. They make it impossible for your gums to regulate inflammation on their own, which causes the swelling to grow out of control and lead to significant tissue damage. In severe cases, this also erodes the integrity of the underlying jawbone structure, potentially leading to tooth loss.

Learn more about the threat of gum disease

Gum disease can become a bigger threat than many people realize, and waiting to address it is a common reason why it’s allowed to progress so severely. To learn more, schedule a consultation by calling Modern Smile in North Hollywood, CA, today at 818-763-9353. We also proudly serve patients who live in Burbank, Toluca Lake, and all surrounding communities.

In compliance with the American Dental Association's recommendations regarding COVID-19 (coronavirus) and to ensure the health of our patients and team, we have limited our hours from 10:00 am to 1:00 pm until March 31 for necessary/emergency treatments only.

In the event of a necessary treatment or dental emergency, we will see one patient at a time with a 15-minute break between patients.

If you had a previously-scheduled appointment, we will be in touch once we resume normal operations to reschedule.

We will keep you updated as new information emerges and we decide our future course of action. Please check this site frequently for those updates.

Thank you for your understanding. We are stronger when we plan and act together.

For more information regarding this decision, please visit the ADA's website.